Sales and earnings boosted by business realignment and renewed demand 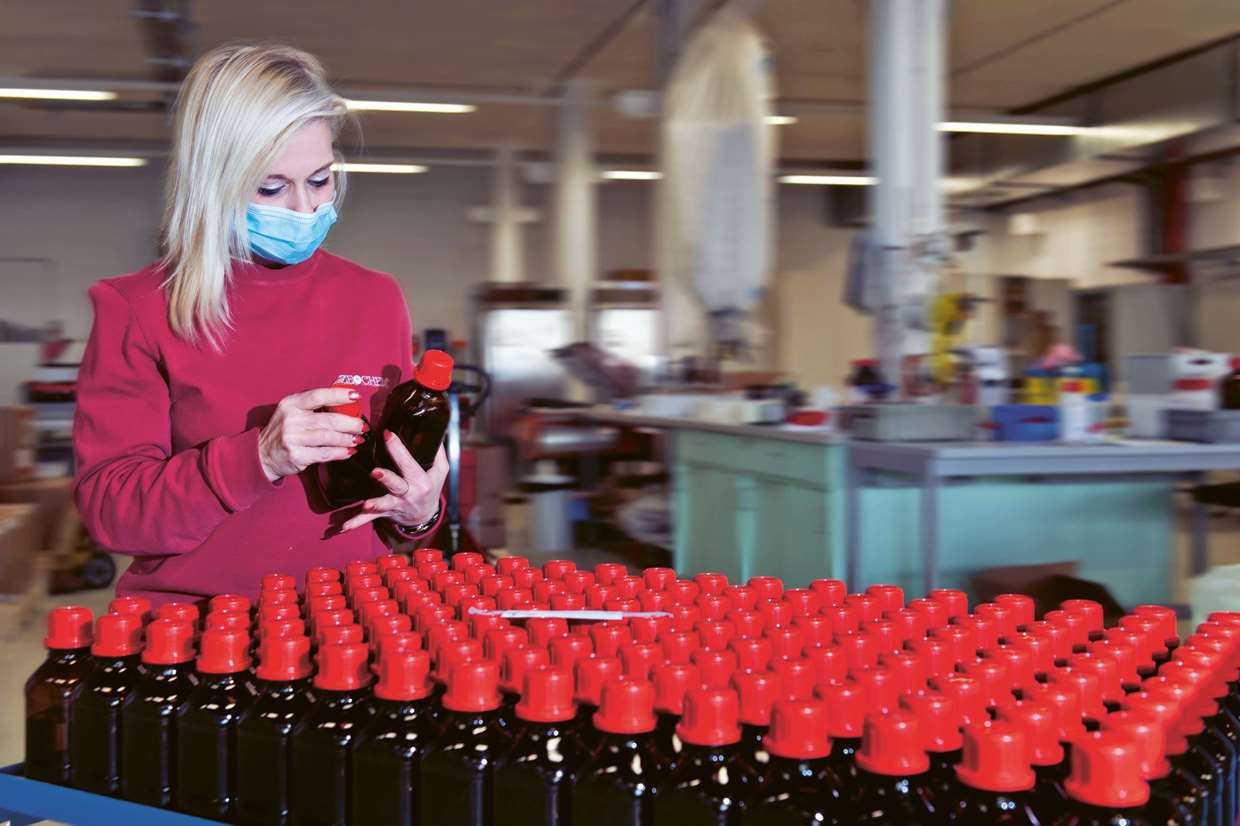 Increased demand for the products of the Chemistry Division was reflected in a 29.8 % rise in its net sales for the year, which totalled CHF 95.1 million. EBIT was more than tripled to CHF 15.3 million, and EBIT margin reached a new record high of 16.1 %.

The Chemistry Division is primarily active in the silicate chemistry segment, in which it is one of the world’s top three market suppliers. Its comprehensive product portfolio extends to standard molecular sieves which are used to dry and purify gaseous substances in industrial facilities, to molecular sieve powders and special zeolites that adsorb humidity and odours in plastics and to high-value molecular sieves whose applications include concentrating oxygen for medical use (‘medox’). Zeochem further manufactures chromatography gels for pharmaceutical separation processes and deuterated products that are used in analytical procedures, in pharmacy and in the manufacture of OLED screens. The products are made at four operating locations in the USA (high-value molecular sieves), China (standard molecular sieves), Bosnia and Herzegovina (molecular sieve powders, special zeolites and chromatography gels) and Switzerland (deuterated products), and are distributed all over the world.

In line with overall strategy, the Chemistry Division focuses on high-value products and aims to further expand its market position. To this end, targeted investments are now being made to increase capacities. In addition to organic growth, acquisitions may also be effected to further grow the division’s business.

The Chemistry Division is active in an early-cycle market. As restrictions to counter the coronavirus pandemic eased, economic recovery began fairly swiftly, and with it came renewed demand for the division’s products. While its lithium-based molecular sieves for concentrating oxygen had already been in high demand during the pandemic, orders for items in the division’s further product segments also showed highly encouraging trends as 2021 progressed. Only in the energy sector did business remain modest in the first half of the year. But with steeply rising energy prices, deliveries of molecular sieves to the oil, gas and ethanol industries also picked up again in the second six months.

In the deuterated compounds product segment, the research laboratories which had been closed during the coronavirus pandemic began to replenish their supplies, while new OLED screen production facilities also commenced operations.

The economic upturn was felt in all the Chemistry Division’s product segments. Order volumes were particularly high for its lithium-based medox molecular sieves. In response, the manufacturing capacities for this high-value product segment are now being expanded at the US operating site. The demand for molecular sieve powders rose substantially, too. These are used in today’s multi-pane insulated glass windows, where they are integrated directly into the plastic spacers separating the panes to prevent internal misting. In view of the strong demand for these products, the division is investing in establishing a further calcination plant at its site in Bosnia and Herzegovina. With demand also continuing to rise for the deuterated products used in OLED manufacture, the division will also be setting up a further production facility at its Rüti site in Switzerland. The new facilities will come into operation in the course of 2022.

The Chemistry Division generated overall net sales of CHF 95.1 million in 2021, an increase of 29.8 % on the previous year, or of 31.9 % excluding currency factors. Production capacities were well utilized at all operating locations, and new order volumes were at encouraging levels. The raw materials required were generally adequately available; but the operation in China was affected in the second half of the year by increasing electricity shortages, and by associated production restrictions imposed by the Chinese authorities. The division invested a total of CHF 7.2 million in tangible fixed assets in 2021. Annual EBITDA was doubled to CHF 20.5 million, while EBIT was tripled to CHF 15.3 million. The resulting EBIT margin of 16.1 % marked a record new high. The division employed 291 personnel at the end of 2021, compared to 277 a year before.

The Chemistry Division expects demand for its products to remain strong in 2022. Some raw materials, and energy in particular, may still be in short supply. Transport capacities, too, are yet to return fully to their pre-pandemic levels, and will continue to pose a challenge in terms of both their costs and their availabilities when required.

The division plans to invest CHF 19.5 million in tangible fixed assets in the course of the year. In addition to the capital spending outlined above, one molecular sieve production line should be automated at the Chinese operating site. The new office building in the USA will also be completed and occupied. Net sales for 2022 should show further year-on-year growth, though to a more modest degree. Higher raw materials and energy costs will impact on EBIT, however. As a result, the division expects to post a lower EBIT margin.