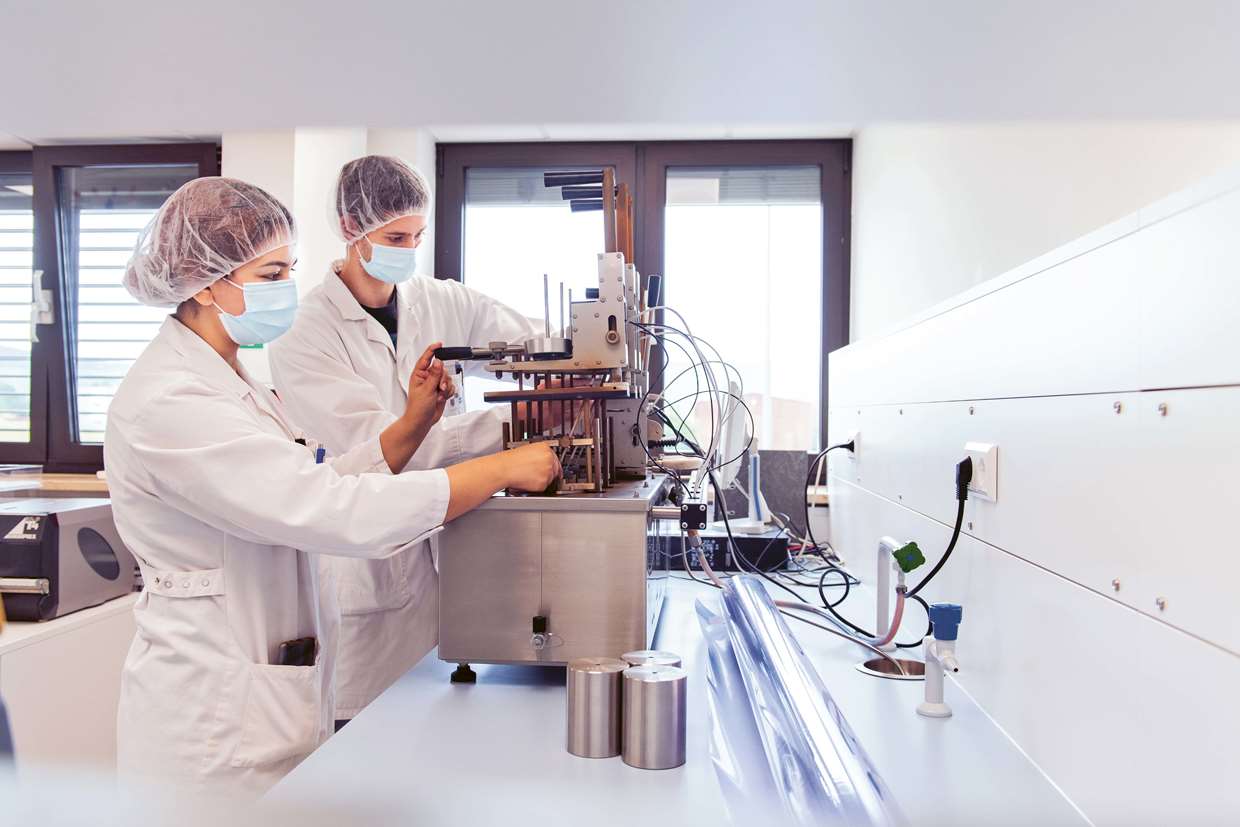 A stronger business emphasis on higher-value products helped raise net sales for the Packaging Division 5.1 % to CHF 170.7 million. But the steep rises in raw materials costs depressed EBIT margin, which declined to 3.3 %.

The Packaging Division has evolved over the past few years from a European film supplier into a global leader in providing thermoformable blister films for the pharmaceutical sector, and is one of the world’s three biggest operators in this market today. The leading pharmaceutical corporations all maintain a global business presence and operate production facilities on multiple continents. To provide both them and local pharmaceutical companies with local packaging solutions, Perlen Packaging has consistently pursued a policy of international expansion over the past few years. Coating plants in Europe have been supplemented with slitting capacities in North and South America, a new production facility has been built in China, and the plant in Brazil will be expanded through the addition of a coating facility in 2022. In line with overall strategy, these developments give the Packaging Division a strong presence both globally and in the emerging pharmaceutical markets.

A further strategic thrust of the Packaging Division is its product focus on films with high barrier properties. The active ingredients in medicines are growing increasingly complex, and medicines are also distributed all over the globe in all climate zones. Both these trends increase the need to protect them against outside elements such as moisture or oxygen. This in turn is prompting a growing use in blister packs for tablets and capsules of multi-layered films with high barrier credentials. Perlen Packaging offers a full range of PVC and PVdC films for the pharmaceutical industry, and is now the market leader for high-barrier films.

The most commonly used blister packs consist of two components: a coated plastic film with deep-drawn cavities to accommodate the medicine units, and an aluminium lidding film through which the medicine can be pushed for consumption. Being manufactured of differing materials (i.e. plastic and metal), these blister packs are more difficult to recycle than are all-plastic packagings. In view of this, Perlen Packaging is currently developing a mono-material blister pack that has no aluminium lidding and consists solely of PVC and PVdC films.

Perlen Packaging is taking a further step towards the circular economy by developing halogen-free alternatives to PVC-based films. The innovative BLISTair single-use dry powder inhaler remains in further development towards its market launch.

After the steep increase in the demand for medicines witnessed the previous year as the coronavirus spread, 2021 saw the pandemic exert an opposite effect: with the adoption of protective measures such as mask-wearing and physical distancing, fewer viral infections such as flu and colds were transmitted, and the demand for medicines (and for over-the-counter products in particular) was significantly diminished. The trend was reflected in pharmacy sales: in Germany, for instance, these suffered double-digit declines. Corporate customers in the pharmaceutical sector still have substantial inventories, too. As a result of these factors, the European pharmaceutical market for thermoformable packagings shrank by around 7 %. According to independent market forecasts, it could take a further two to three years for the pharma markets to return to their pre-pandemic levels.

The 5.1 % increase in the division’s net sales to CHF 170.7 million was attributable not to higher sales volumes but to price rises and an increase in the proportion of higher-value product sales. Excluding currency factors, net sales were raised 5.2 %. Net sales for Europe were down year-on-year, but less substantially than the market in general, prompting market share to increase to 31 %. No reliable market share data are available for the division’s further sales regions. Double-digit sales growth in Latin America and Asia more than offset the European net sales decline. On the expenditure front, the steep rises in raw materials prices put pressure on margins. In addition to the cost of raw materials, substantial increases were also seen in energy and transport prices. The higher costs could only be passed on partially to the market, and only with some delay. EBITDA declined accordingly from the CHF 27.8 million of the previous year to CHF 11.9 million, and EBIT was reduced from CHF 21.6 million to CHF 5.7 million. Total investments in tangible fixed assets amounted to CHF 9.5 million. Personnel numbers were virtually unchanged at 449 employees.

According to market projections, the worldwide growth of the pharmaceutical sector looks set to slow to 2 – 5 % a year by 2025. Except in the vaccine field, demand is unlikely to return to pre-coronavirus levels any time soon, because the stocks of various medicines accumulated in the boom year of 2020 will have to be used up first and because the populations in numerous countries have not yet returned to any day-to-day normality. The Packaging Division plans to invest CHF 8.0 million in tangible fixed assets in 2022, primarily in the new coating plant in Brazil, which should come into operation in mid-year. The division will again be seeking to achieve above-average growth, especially in Asia and Latin America, and expects its overall net sales for the year to be an improvement on 2021. With plans in place to pass raw materials costs on to the market, annual EBIT should also see an upturn once again.