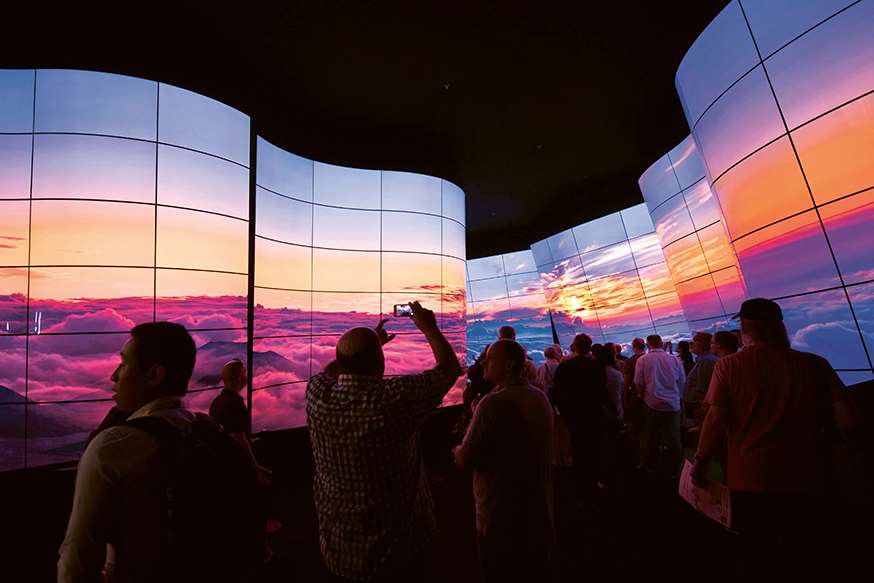 Deuterated solvents extend the lifespan of OLED displays, which are being increasingly used in televisions, motor vehicles and mobile devices. So an additional distillation plant is now being built at CPH’s Rüti (Switzerland) site.

It was back in the 1950s, at the Nancy-Université in France, that the electro‑luminescence of organic materials was discovered. Later, in 1987, researchers at Eastman Kodak laid the foundation for organic light-emitting diode (OLED) technologies. OLEDs hold numerous advantages over inorganic liquid crystal displays. They need no backlighting; and, unlike LCDs, they can display genuine black and thus present stronger colours. OLED displays require correspondingly less energy and generate less heat. They can also be applied in thinner layers than is possible with liquid crystal, and are additionally suitable for flexible and foldable displays.

The OLED has made remarkable market inroads over the past few years. Between mid-2020 and mid-2021, the proportion of new televisions featuring OLED screens rose from 25% to 40%. But the most popular use of OLED displays is in mobile devices such as smartphones, tablets and laptops. OLEDs are also being increasingly used in motor vehicles, for their lighting and their dashboard displays. The market for large OLED displays is now dominated by LG, while Samsung is the clear leader in the smaller-display segment. The market as a whole is expected to see further annual growth of some 13% over the next five years.

One critical factor with OLEDs is their useful service life: being organic, the materials used will age, and their luminescent properties will correspondingly decline. Thanks not least to the use of deuterated solvents in their manufacture, however, the latest generation of OLEDs boast service lives that are comparable with those of other technologies. To meet the growing demand, CPH’s Chemistry Division is building a further deuterated dimethyl sulfoxide distillation plant at its Rüti site in Switzerland, which should come into operation in 2022.