Encouraging margins thanks to broad balance between supply and demand 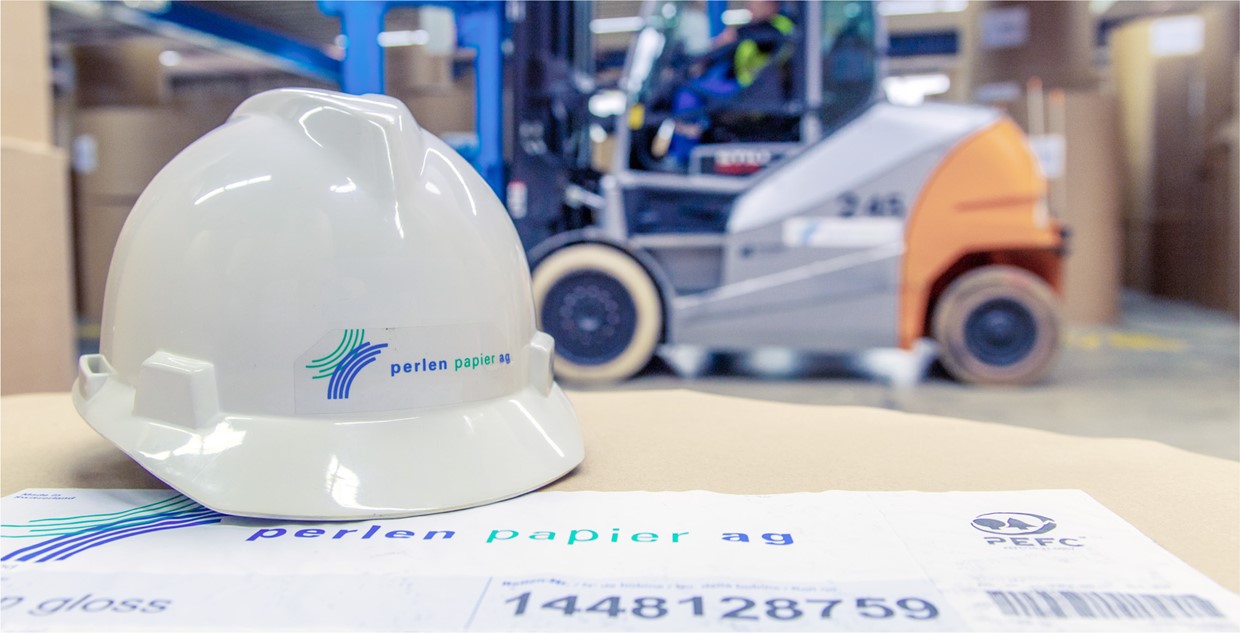 The Paper Division of the CPH Group operates in a predatory market environment. The division strives for cost leadership in its sales areas, to ensure its long-term viability. The division’s Perlen production plant is now Switzerland’s sole newsprint manufacturer, following the closure of the Utzenstorf paper factory at the end of 2017. But the operation faces strong competition from foreign suppliers, in its home Swiss market and in adjacent border areas. Some 79% of the paper produced at Perlen is exported to neighbouring countries, where it must compete against products from manufacturers who are based in the Eurozone and thus need not contend with the vagaries of currency movements. Perlen Papier’s PM7 machine is the most advanced newsprint manufacturing facility in Mainland Europe, and has correspondingly low processing costs.

The raw material of recovered paper is the biggest variable cost in the newsprint and magazine paper manufacturing process. The closer to the production site the waste paper is collected, the lower the transport (and thus the procurement) costs. By taking over the waste paper collection and processing contracts of Papierfabrik Utzenstorf AG, the Paper Division has now equipped itself to procure a large proportion of the 500 000-odd tonnes of recovered paper that it recycles into new product each year from Swiss domestic sources. To handle these additional upstream activities within the recycling process, the division founded a new subsidiary − APS Altpapier Service Schweiz AG − on 1 January 2018. As well as collecting the waste paper involved, APS maintains its own paper and cardboard sorting facility, which handled just under 30 000 tonnes of such mixed recovered product in 2018.

The European media world has been undergoing radical structural change for a number of years now. Digitalization has the print media market firmly in its grip, and printed newspapers are being pressured and replaced by online information platforms. The advertising industry is also increasingly migrating to online channels such as social media. As a result, the demand for newsprint and magazine paper has been steadily declining over the past few years. 2018 was no different: the demand for newsprint in Western Europe fell a further 8.2% to 4.6 million tonnes, while the demand for magazine paper declined another 4.7% to 3.8 million tonnes. Despite these trends, however, with Europe’s paper manufacturers having withdrawn particularly sizeable capacities from the market in 2017 in the face of low paper prices, supply and demand were broadly well balanced in 2018, for the first time in years. This led to higher paper prices throughout the year, though more for newsprint than for magazine paper products. No substantial further production capacities were withdrawn in 2018.

On the procurement front, the price of recovered paper rose again, while energy prices increased by a double-digit percentage amount.

The division also took over supply contracts with previous clients of the now-closed Utzenstorf paper factory. Its shares of the Swiss market rose accordingly: from 35.9% to 55.9% for newsprint and from 27.8% to 30.1% for magazine paper. The corresponding shares for Western Europe were 6.5% for newsprint (compared to 6.2% in 2017) and 7.1% for magazine paper (versus 6.6% the previous year). Some of the Utzenstorf factory’s product lines, such as its well-established Edelweiss paper, continue to be produced at the Perlen plant.

The division invested CHF 5.1 million in further improving its operating efficiency. While recovered paper prices increased, procurement costs were reduced by raising to 81% the proportion of waste paper obtained from Swiss sources. Earnings were eroded, however, by higher energy costs. The division reported an EBITDA of CHF 50.9 million for the year, a four-and-a-half-fold improvement on 2017. Annual EBIT was raised CHF 42.5 mil­lion to CHF 30.1 million, producing an EBIT margin of 10.0%. Year-end personnel numbers rose from 345 to 369 employees, following the takeover of former staff of Papierfabrik Utzenstorf AG.

Current industry projections suggest that the demand for wood-containing graphic printing paper in Europe will decline by a further 6−8% in 2019. Supply and demand for newsprint and magazine paper should remain balanced in the first half of the year. Second-half developments are harder to predict. The Paper Division plans to invest some CHF 14.3 million in 2019 in further enhancing its processes and plant. Provided paper prices and currencies remain stable, the division expects to report net sales for the year that are broadly at their 2018 levels. EBIT margin, however, could show a slight year-on-year decline.