Diversi­fi­cation proves its worth in the coronavirus pandemic

The CPH Group’s diversification into various industrial markets has amply shown its value in the coronavirus pandemic. Thanks to the great efforts and energies of the Group’s employees, product supplies were assured, even in such challenging conditions. The Packaging Division reported strong extra demand for blister pack films, and order volumes rose to new record levels. The Chemistry Division’s molecular sieves for medical oxygen applications were also in high demand. The Paper Division performed well compared with its European competitors.

The CPH Group pursues a long-term and sustainable overall corporate policy. The Group has striven in the last few years to reduce the carbon dioxide (CO2) emissions generated by its various business activities. Oil has been replaced with more ecofriendly energy sources. The use of steam from the local waste incinerator and the construction of a biomass plant have substantially lowered CO2 emissions at the Perlen operating site. And the Packaging Division has switched its entire energy consumption to green electricity at its Müllheim facility.

The Paper Division is a purely recycling operation, transforming up to 500 000 tonnes of recovered paper a year into new graphic publication paper, and doing so with a carbon footprint which is a fraction of those of its European competitors. CPH conducted an information campaign in Switzerland in autumn 2020 to emphasize the benefits of paper production at its Perlen location, which is already almost carbon-neutral. The Paper Division is now going a step further still, and will be offering a new carbon-neutral paper product from 2021 – a landmark development for publishing houses wishing to offer carbon-neutral publications.

It is not only in its paper production that recycling is a key CPH concern. The Chemistry Division is increasingly regenerating used molecular sieves, and is also investing in new facilities that will enable it to reprocess additional deuterium oxide volumes. A new waste-water treatment plant is planned for China. And the Packaging Division is working on developing blisters that require no aluminium cover film, in view of the advantages that single-material packagings offer in recycling terms.

The coronavirus pandemic rolled around the world in two distinct waves, in spring and in autumn. In many countries it pushed the medical systems to the limits of their capacities. The actions resolved to stem the spread of the virus in the countries concerned had some effect. But the price for taking them was an economic slump of historic dimensions. Spring saw the economy in no more than emergency mode at times, and energy prices fell to record lows as the demand for fuel all but disappeared. Many countries took fiscal action to support the most endangered business and industrial sectors, and the central banks pumped further money into the markets.

As a direct result of the coronavirus crisis, global economic growth as reported by the International Monetary Fund (IMF) declined in 2020 by 3.5 %. China came through the crisis relatively unscathed, with growth of 2.3 %, while the Eurozone and Latin America were hit far harder with declines of 7.2 % and 7.4 % respectively. Average euro exchange rates against the Swiss franc fell from CHF 1.112 to CHF 1.071. This had its impact on CPH, too: the Group generated some 60 % of its sales in the Eurozone, but incurred around 38 % of its costs in Swiss francs.

Both the Paper Division and (to some extent) the Chemistry Division saw their production capacities less than satisfactorily used as a result of the coronavirus crisis. In the Paper Division the falling demand and the associated pricing pressures prompted a double-digit percentage net sales decline. The increase in net sales in the Packaging Division only partially offset this, and the group net sales for 2020 of CHF 445.2 million were a 15.1 % decline on their prior- year level. Excluding currency factors, group net sales were 10.7 % below those of 2019. The CPH Group made no major acquisitions in the year under review.

The Packaging and Chemistry divisions raised their joint share of total group net sales to 53 % in 2020. The share of Chemistry, the smallest of the three divisions, should be further increased. The CPH Group generated 73 % of its 2020 net sales in its prime Europe sales region.

The main customers for the products of the Chemistry Division in the energy and industry sectors responded to the coronavirus crisis by reducing their order volumes. At the same time, the division saw an increase in demand for its molecular sieves which are used to concentrate medical oxygen. With the former trend exceeding the latter in extent, however, net sales for the year declined 6.3 % to CHF 73.3 million. Excluding currency factors, net sales were 0.5 % down. EBIT for the year was increased to CHF 4.6 million and EBIT margin to 6.3 %, thanks to a rigorous cost reduction programme and productivity improvements.

Demand in Western Europe for printing and publication paper saw a steep decline in 2020 in the face of the coronavirus pandemic, and the 439 000 tonnes of newsprint and magazine paper which the Paper Division sold were 15 % down on its prior-year volumes. The division was compelled to temporarily halt production and introduce short-time working for the employees concerned. Despite these developments, however, Perlen Papier was able to increase its share of the European publication paper market. Rising overcapacities at paper manufacturers increased the pressures on prices. The combination of the reduced sales volumes and the lower prices paid resulted in a 28.5 % decline in the division’s net sales for the year, which totalled CHF 209.6 million. Excluding currency factors, net sales were 25.9 % down on 2019. Thanks to lower recovered paper and energy prices, cost reductions and higher productivity, the division’s EBITDA for the year amounted to CHF 17.4 million. But its annual EBIT result was negative at CHF –2.0 million.

Packaging still on a successful course

The Packaging Division saw increased demand for medicinal packagings during the coronavirus pandemic. Order volumes for its blister films climbed to record new highs, and capacities were fully utilized at its European sites. The higher sales volumes helped boost net sales for the year 5.9 % to CHF 162.3 million. Net sales for Europe and Latin America recorded double-digit percentage growth. Excluding currency factors, net sales were 10.7 % up on 2019. Buoyed by favourable raw materials costs, the division also increased its EBIT margin two percentage points to 13.3 %. The Packaging Division continues to pursue its global strategy of achieving greater penetration in the emerging pharmaceuticals markets, and will be investing a high single-digit million-franc amount in building a new coating plant in Brazil, which should come into operation in early 2022.

The CHF 17.5 million of investments in tangible fixed assets in 2020 were primarily aimed at further improving the efficiency of existing facilities and processes. The CPH Group generated a cash flow of CHF 45.8 million and a free cash flow of CHF 39.7 million. With the prices of raw materials (and of recovered paper in particular) falling in view of lower demand, cost of materials as a proportion of production-generated group sales declined from 49 % to 48 %. The slight rise in total workforce numbers to 1 098 is attributable to expansion in the Packaging Division: workforce numbers for Chemistry and Paper were down on 2019. Group EBITDA for the year amounted to CHF 55.2 million, a 37.3 % decline. After ordinary depreciation and amortization of CHF 30.5 million, the CPH Group reported consolidated earnings before interest and taxes (EBIT) for 2020 of CHF 24.7 million.

The financial result was a slight improvement on 2019 at CHF – 4.7 million. The year also brought non-recurring income of CHF 25.9 million. This derived largely from two sources: the release of provisions previously made for the clean-up of the former Uetikon operating site, and the transfer (at market value) of real estate in Perlen to a newly-founded subsidiary, which generated deferred tax income of CHF 11.9 million. After taxes, the CPH Group reports a net result for 2020 of CHF 47.0 million, which is broadly in line with that of 2019.

In line with the company’s consistent dividend policy, the Board of Directors will recommend to the Ordinary General Meeting of 18 March 2021 that a dividend of CHF 1.80 per share again be distributed for the 2020 business year, of which CHF 0.70 per share should be taken from the capital contribution reserve.

Change on the Board of Directors

Dr. Mauro Gabella will not stand for re-election to the Board of Directors of CPH Chemie + Papier Holding AG at the 2021 Ordinary General Meeting. Dr. Gabella has been a Board member since 2005, and served as Chair of its Personnel & Compensation Committee from 2010 to 2019. The Board thanks Mauro Gabella for his long and committed contribution to the continued development of the CPH Group. To succeed Dr. Gabella the Board proposes Dr. Claudine Mollenkopf. Claudine Mollenkopf can draw on more than 25 years of experience in the chemicals industry, and is Senior Vice President and General Manager Silicas at Germany’s Evonik Industries specialty chemicals company. She is a German and French dual national, and holds a doctorate in chemistry from Strasbourg’s Louis Pasteur University.

A cautious outlook for 2021

According to IMF projections, the economy should recover slowly from the coronavirus pandemic in 2021, with global growth for the year of some 5.5 %. The CPH Group expects to see net sales growth of differing degrees in all three of its business divisions, although the scale thereof will depend on the pace and the extent of such economic recovery. The Chemistry and Packaging divisions will seek to further raise their earnings results, but the Paper Division is unlikely to return to a positive EBIT performance in the present market environment. With the adversities in the paper market only likely to intensify, the improved results expected for Chemistry and Packaging may well be more than nullified by the Paper earnings trends. As a consequence, both group EBIT and the net group result (excluding non-recurring income) for 2021 are unlikely to improve from their 2020 levels.

The planned investments of some CHF 40 million in tangible fixed assets are primarily intended to further enhance efficiency. The Packaging Division also aims to expand its Latin American production capacities.

The coronavirus pandemic made sizeable additional demands on our employees in 2020. We offer them all our deepest thanks for all their energies and commitment. We thank our business partners, too, for their loyalty to our company. And we extend our sincere thanks to our shareholders for the confidence they continue to place in the people, the management and the Board of Directors of the CPH Group. 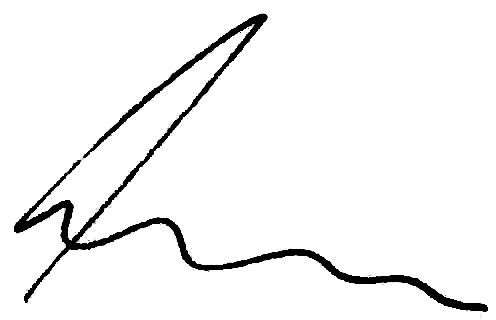