The Board of Directors of Chemie + Papier Holding AG resolved the CPH Group’s new five-year corporate strategy to 2024 in the course of the 2019 business year. The CPH Group regards itself as a sound, diversified, well-balanced and profitable industrial concern with business divisions which autonomously serve and cultivate their respective markets. Each division strives to achieve either market or cost leadership in the markets concerned. Through leading technologies and innovative products, the CPH Group provides its customers with clear added value. The Group’s divisions will increasingly focus on supplying high-value products and services in markets that permit sustainable value creation.

The European market for wood-based graphic printing paper continues to contract. The CPH Group’s Paper Division is presently operating at the limits of its capacity. But expanding its current production volumes of newsprint and magazine paper is neither sensible nor feasible with the present facilities. One key group strategy aim over the past five years has been to reduce the Group’s dependence on the Paper Division and strengthen the two further divisions. This objective will continue to be pursued: Chemistry and Packaging should substantially further raise their revenues and, by 2024, be jointly making a greater contribution than Paper to overall group sales. CPH’s dependence on the Swiss franc has also been substantially reduced in the last few years, by developing new manufacturing capacities outside Switzerland. The proportion of group costs that are incurred in Swiss francs should also continue to diminish.

The Group’s Chemistry and Packaging divisions both occupy third place, with their sights set on second, in their respective markets worldwide. Chemistry is the most international but also the smallest of the Group’s three divisions. In addition to mid-single-digit percentage organic growth, various strategic options are currently being examined to give it greater strength. The Packaging Division is aiming to generate high-single-digit percentage organic growth and expand the international dimension of its presence in the pharmaceutical markets. Both divisions pursue a strategy of differentiation and will be putting a particular emphasis on high-value items as they further develop their product ranges. They also plan to make further strategic investments in their production and distribution outside Europe, to strengthen their positions in the growth markets in Asia, Latin America and Africa.

The Paper Division pursues a volume-based strategy to ensure its long-term future in the predatory paper markets. The division seeks to be the cost leader in the Western European regional sales market. It is also Switzerland’s biggest recycler of recovered paper and a major re-user of waste wood from sawmill and forestry thinning operations. The division is considering further expansion of its activities in the recycling field.

Sustainability in the spotlight

The CPH Group pursues a long-term-oriented corporate strategy whose sustainable approach has been proving its worth for more than 200 years in the markets it serves. The Paper Division sets benchmarks in the recycling economy, processing waste paper that has largely been recovered within Switzerland into new paper products. And sustainability is a key concern in the Chemistry and Packaging divisions, too. For further information, please see Pages 10–11, 14–15 and 18–19 and the Sustainability Report from Page 38 onwards.

As 2019 progressed, darker and darker clouds filled the economic skies. The trade conflict between the USA and China escalated to ever-new heights, as each side imposed more import tariffs on the other. In Europe the discussions over Brexit entered their third year, and only at year-end did a way begin to take shape for the UK to leave the European Union in an orderly manner. Elsewhere, instead of normalizing its monetary policy, the European Central Bank announced a continuation of its zero-interest policy. The second half of the year also brought political unrest in large parts of South America.

The turbulence from these various sources had an increasingly adverse impact on general economic development in 2019: according to the International Monetary Fund, annual global GDP growth slowed to 2.9%. Asia’s emerging markets posted still-impressive growth of 5.6%; but China’s annual growth of 6.1% was the lowest the country had recorded since 1990. The South American economy showed zero growth overall as both Argentina and Venezuela fell into economic crisis. Economic growth for the Eurozone amounted to a still-reasonable 1.2%. The euro weakened against the Swiss franc in terms of average exchange rates for the year, declining from the CHF 1.155 of 2018 to CHF 1.112. The CPH Group made around 60% of its sales in the Eurozone, while simultaneously incurring some 40% of its costs in Swiss francs.

Utilization levels for the production facilities of the CPH Group were good for the first half of 2019, but then declined for all three divisions while pressures on sales prices increased. As a result, net sales – which had been up for the first six months – were 1.7% down for the year as a whole at CHF 524.7 million. Excluding currency factors, however, net sales were virtually unchanged from their prior-year level at –0.4%.

With all three divisions producing sales results close to their 2018 levels, their proportional contributions to overall net sales were similarly unchanged. The Paper Division accounted for 56%. Some 76% of the CPH Group’s total net sales derived from its prime Europe sales region.

Consolidation in the Chemistry Division

Having reported rising sales and strong capacity utilizations for the first half of the year, the Chemistry Division saw a steep decline in its business volumes in the second-half period in a less favourable overall economic environment. The CHF 78.2 million net sales for the year were slightly below their 2018 level. Excluding currency factors, annual net sales showed a 1.6% decline. EBIT margin slipped to 5.6%. Sales of deuterated products and gels, however, remained strong throughout the year.

The demand for press and printing paper in Western Europe suffered a further decline, and sales volumes for the Paper Division’s newsprint and magazine paper products fell 4.3% to 517 165 tonnes. While higher paper prices helped raise sales in the first-half period, the growing industry overcapacities depressed these as the year further progressed, and Europe’s paper production facilities were no longer fully utilized. Net sales for the Paper Division amounted to CHF 293.2 million, some 2.6% down on 2018 or 1.1% down excluding currency factors. The division’s EBIT margin for the year was raised to 11.8%, however, thanks to a combination of increased efficiencies and lower energy and recovered paper costs.

Sales and earnings both up for the Packaging Division

The demand for medicines remained stable in Europe in 2019, while growth rates slowed in the emerging markets. The Packaging Division sold the same volumes of its films as it had the previous year. But the higher proportion of high-value films sold had a positive impact on the division’s net sales for the year, which, at CHF 153.2 million, were a 1.7% increase on 2018 excluding currency factors. Net sales for Latin America saw double-digit percentage growth. Raw materials costs were slightly below their prior-year level, and the division’s EBIT margin was improved to 11.3%.

The CPH Group invested CHF 21.9 million in tangible fixed assets in 2019 to further enhance the efficiency of its facilities and processes. The Group generated a cash flow of CHF 79.9 million and a free cash flow of CHF 39.9 million (excluding the repayment of the CHF 100 million fixed-term deposit). The costs of the key production item of recovered paper declined in 2019, while the cost of materials was reduced from 50% to 49% of production-generated group sales. With workforce numbers rising only minimally from 1 081 to 1 086, personnel cost remained unchanged as a share of total group expense.

While sales declined, overall expenditure was reduced slightly more, and EBITDA rose to CHF 88.0 million, an improvement of 5.9%. After ordinary depreciation and amortization of CHF 31.4 million, the CPH Group reported consolidated earnings before interest and taxes (EBIT) of CHF 56.6 million for the year, which is a 9.6% improvement on 2018, and a double-digit EBIT margin of 10.8%. The financial result was slightly down on 2018 at CHF – 5.6 million. After the non-operating result and taxes, the Group posted a net result for 2019 of CHF 48.5 million, a 14.6% improvement on the previous year.

Repayment of CHF 1.80 per share through reduction in nominal value proposed

The Board of Directors will recommend to the Ordinary General Meeting of 17 March 2020 that the nominal value of the CPH share be reduced from CHF 2.00 to CHF 0.20, and that the reduction amount of CHF 1.80 per share be repaid to shareholders. The prior-year dividend distribution also amounted to CHF 1.80 per share, including a special dividend of CHF 0.50.

The International Monetary Fund forecasts global GDP growth for 2020 of 3.3%, although the Eurozone is again likely to see weak growth of some 1.3%. Given the uncertain economic trends and the less-than-bright market prospects in the paper industry, the CPH Group expects its overall net sales for 2020 to fall short of their 2019 level. In view of the tough business prospects in the paper segment and of the currently unforeseeable ramifications of the coronavirus, the group-level EBIT margin could also suffer a sizeable decline. The Group expects to report a net result for 2020 (excluding the extraordinary income expected) of a lower double-digit million-franc amount. The Group also plans total investments of CHF 29.4 million in tangible fixed assets to further enhance efficiency.

We would like to thank our employees for their invaluable work and commitment throughout 2019. A big thank-you also goes to our business partners for their long-standing loyalty to the CPH Group. And to our shareholders, too, we offer our sincere thanks for the trust and confidence they continue to place in our people, our management and our Board of Directors. 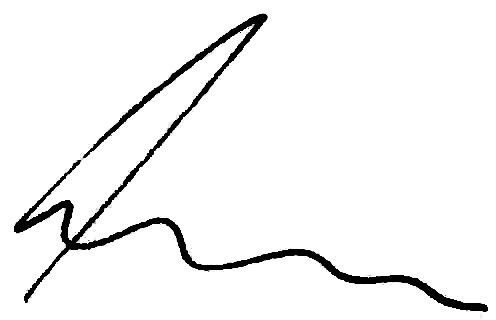